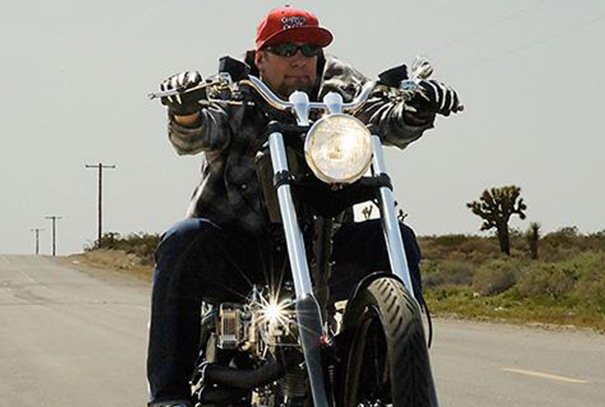 Jesse James can be called many things: custom car and bike builder, producer, author, television host, and restaurateur. And yes, it’s true, he is a descendant of the Wild West’s original outlaw. But the way Jesse likes to best describe himself is as “a glorified welder.” Reluctant about his “celebrity” status, Jesse has never understood what all the fuss is about and, while proud of his accomplishments, remains humbled and grateful for his success and loyal fanbase.

Several years ago, Jesse became part-owner of Austin Speed Shop and, to showcase this endeavor, Discovery Channel launched Jesse James: Outlaw Garage in November 2012. The show not only focuses on the resurrection of classic cars from the 1940s, 1950s and early 1960s but also on the meld of man and machinery in the specialty shop. 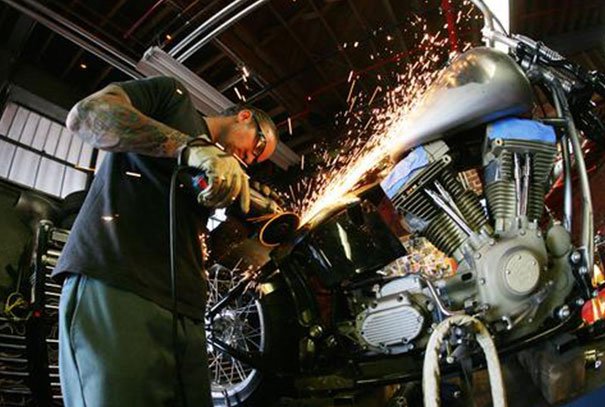 Jesse has produced and starred in a number of programs. In 2009, he starred in and served as executive producer in Spike TV’s highest rated series, Jesse James is a Dead Man. Co-produced by Jesse’s PayUpSucker Productions, Jesse took on the role of a modern-day daredevil, with each episode following him as he readied himself for -- and completed -- a unique, death-defying challenge. With CGI effects revealing the physiological stress Jesse’s body endured, viewers got a taste of the enormity of each stunt.

Jesse appeared on NBC’s Celebrity Apprentice that same year and quickly became one of the series’s most popular contestants. Over 50% of the viewers voted for Jesse to win on the show’s website, and Jesse ultimately finished third. His appearance expanded Jesse’s fan base, showing millions of viewers that he is a true advocate of hard work and perseverance.

In 2000, Jesse was the subject of Motorcycle Mania, a groundbreaking Discovery Channel special, chronicling his everyday life as a motorcycle builder. Surprisingly, this peek into his life became one of the highest rated shows in the network’s history. Motorcycle Mania II and III soon followed and, unknowingly, a new genre of reality TV was created. Jesse established a loyal following who would soon tune in for 85 episodes to watch ‘the anti-host’ on the international television hit, Monster Garage, which he produced and starred in. Week after week, eager fans watched Jesse accomplish the impossible. From flying cars to lawn mowing Mustangs, Jesse continued to create mind-blowing vehicles that kept this show at the top of the ratings for six years.

Jesse soon thereafter established Payupsucker Productions, his own production company, in order to share the stories he wanted to tell. In his first released title, History of the Chopper, he pays tribute to his bike-building heroes and, for the first time ever in the industry, shed light on the African-American bike builders that were often ignored by most media. Jesse traveled to Iraq for a first-hand look inside the war and documented his experience in the feature Iraq Confidential with Jesse James. Through a non-partisan, apolitical lens, the show highlighted the brave efforts of wartime mechanics who risk their lives daily. Both features aired on Discovery in 2006. Jesse’s third feature was recently released on The History Channel, entitled, Jesse James: Blacksmith. This two-hour documentary took Jesse to Israel in the fall of 2009 where he apprenticed with Uri Hofi, considered one of the world’s best blacksmiths.

Jesse grinding a bike But long before any of these TV gigs or stardom, Jesse founded West Coast Choppers. It started with Jesse simply doing what he loved: building motorcycles in his mom’s garage. Jesse built his shop from the ground up and through nothing more than hard work and dedication, turning it into the phenomenon it is today. The iconic logo is now recognized around the world. Every inch of his custom bikes and cars are stamped with Jesse’s signature work.

Jesse is also active in various philanthropic activities. In 2009, Jesse founded the Long Beach Education Foundation, which brings much-needed funds to the city’s Industrial Arts program. Since its inception, the foundation has raised hundreds of thousands of dollars, improving the lives of students and teachers by providing them with the tools to learn a valuable new skill.

In his spare time, Jesse pursues his passion: off-road desert racing. He and his team of builders constructed a radically engineered trophy truck, in which he has competed alongside legendary racers. As a newcomer to the elusive and grueling Baja races, Jesse has proven himself as a formidable competitor, most recently finishing in the top five.

So what is Jesse James most proud of? Two things – his three children and the fact that his fan base is made up predominantly of blue-collar workers. Jesse has never lost sight of his fanbase and realizes they are the reason the West Coast Choppers brand has maintained such a strong presence. Jesse continues to stay true to his roots … and finds comfort in knowing he could always earn $25 an hour as a damn good welder.

Wanna get in touch? Send Jesse a mail to jesse@westcoastchoppers.com